Model Sumire is a prominent example of the “sporty celebrity” in Japan — similar to models like Anne Nakamura, Kazusa Okuyama, or Yuri Shibuya.

On a recently broadcast Japanese television show, the 30-year-old Sumire (who is the daughter of entertainer Junichi Ishida) showed off her athletic body and workout prowess for the cameras. Unfortunately for her (but not for us), she also revealed her camel toe.

The outline of her you-know-what (apparently fully shaved) was clearly visible underneath her tight leggings. 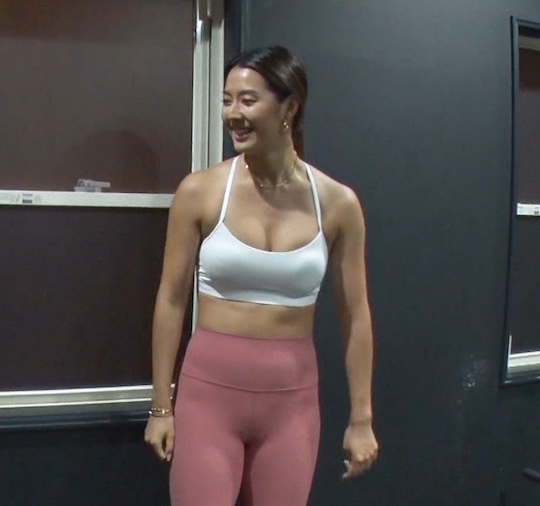 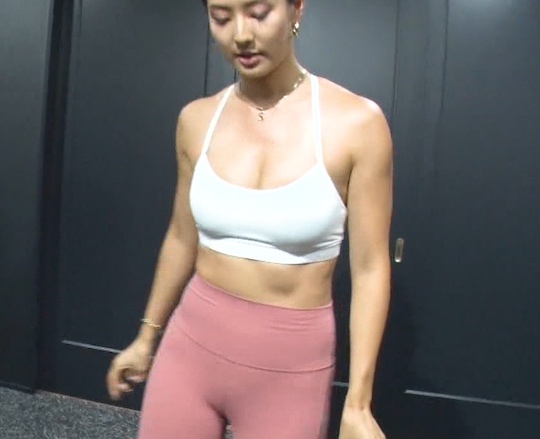 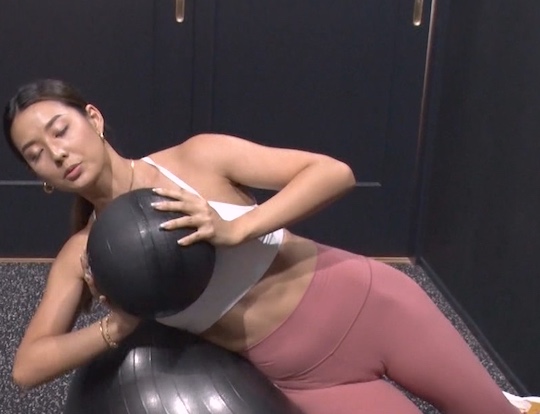 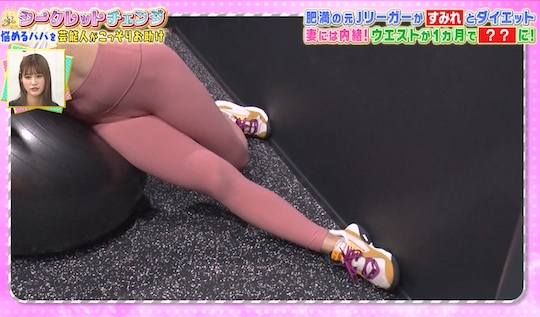 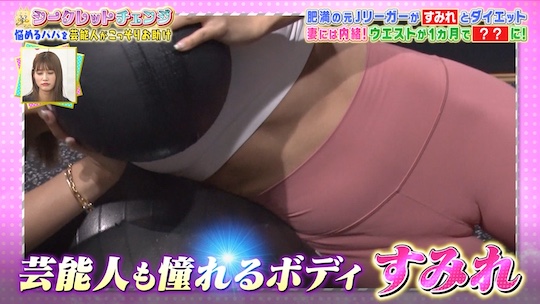 Sumire (aka Sumire Matsubara) is fluent in English and has acted in roles on American TV shows.