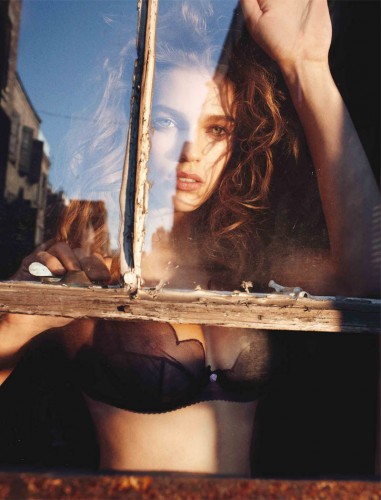 Remember back in mid-May of this year when Florida lawmakers finally passed that anti-bestiality law they’d been working on for three legislative sessions — partially because of the legislators’ reluctance to discuss the bill because children sometimes attend legislative sesions? Remember more recently, when (according to the Sarasota Herald-Tribune) “a state representative was chastised for using the word ‘uterus’ on the House floor”?

Well, apparently Florida legislators’ discomfort with sexual language isn’t anything new. It’s been going on since at least 1997. That’s when a law was passed that made it a felony worth up to 5 years in prison for an HIV-positive person to expose a sexual partner to potential infection — regardless of whether transmission actually occurred.

In the case in question, the court of appeals overturned the conviction under the 1997 law of a Bradenton, Florida woman for exposing her female partner to the virus. The HIV-exposure law ran afoul of another, unrelated Florida statute that defines “sexual intercourse” as being “the penetration of the female sex organ by the male sex organ.”

What that means is that until and unless Florida lawmakers amend the statute — and they’ll certainly try to — the law does not apply to anyone engaging in same-sex behavior who exposes a partner to HIV.

According to the article in the Sarasota Herald-Tribune:

“It’s a glitch in the statute that nobody noticed before,” said Richard Sanders, a Palm Harbor attorney who represented the Bradenton woman…”It’s something that absolutely has to be clarified,” said longtime lawmaker Sen. Mike Bennett, R-Bradenton. “It’s one of those touchy subjects that people don’t want to debate … on this one, I think they just simply missed it.”

About 80 people have been charged under the law in the past decade.

…An advocate for HIV health would rather the Legislature just get rid of the law because it dissuades people from getting tested for the virus. “One of the strongest defenses of someone being accused of this crime is that they didn’t know,” said Brian Winfield of Equality Florida.

But Bennett said the law is important to protect Floridians, and he would change the law as soon as he could, possibly as early as a September legislative session.

Not that it will be too easy to do.

…HIV was a new subject back when the law was passed, Bennett said, and legislators probably never even considered defining sexual intercourse.

“Everybody knows what sexual intercourse is,” Bennett said. “To put it on paper is very difficult.”

For the record, 34 states currently criminalize HIV transmission, including California. I’m with Equality Florida in suggesting that this is a terrible law to begin with. But it’s ridiculous to pass a law like that and then be too squicked out to define the term “sexual intercourse” — in a law clearly intended for (homophobic, discriminatory) application against male-male and female-female behavior, regardless of risk. If the law doesn’t have a discriminatory intent, then I’d like to know how many of the 80 cases prosecuted under the law are for heterosexual intercourse, compared with the amount of straight sex in Florida. That  sounds flippant, but it’s a serious question. I couldn’t find an answer after a cursory look online.

Regardless, there’s a growing case against criminalization of HIV infection on public health grounds, regardless of who is or isn’t targeted. The White House’s 2010 National HIV/AIDS Strategy for the United States says that “the continued existence and enforcement of these types of laws run counter to scientific evidence about routes of HIV transmission and may undermine the public health goals of promoting HIV screening and treatment.”

An influential article on the topic, co-authored by a Temple University professor of law and a South African judge, appeared in 2008 in the Journal of the American Medical Association. It argues:

“The use of criminal law to address HIV infection is inappropriate except in rare cases in which a person acts with conscious intent to transmit HIV and does so.”

I’ve had at least one friend who became infected after having unsafe sex with a partner who knew he was positive but didn’t disclose that fact. I’m not a huge fan of callous behavior. But making it a felony, even in the case of consensual sex? Criminalization might have some justification in cases of rape or child abuse committed by someone who knew they were HIV positive. But shouldn’t those crimes already carry grievous penalties to begin with?

Does establishing an additional penalty for convicted rapists and molesters who are HIV positive represent a de facto admission by lawmakers that sexual assault penalties are not sufficient to deter potential perpetrators? Or could it be that they’re trying to criminalize consensual behaviors they don’t approve of?

Some states even still criminalize spitting by someone who’s HIV positive — a law obviously intended to “protect” prison guards from being spat on. But that displays an obviously antiquated idea of how the virus functions — and, more broadly, a fundamental misunderstanding of the public health issues involved in HIV transmission.

Which is eerily reminiscent of the Florida law — which, as best I can tell, doesn’t just not define “sexual intercourse.” Far more importantly, it doesn’t define “exposure.“ It doesn’t make un-safe sex a felony. It makes sexual intercourse a felony. That means that it applies to someone who’s HIV-positive and has meticulously protected sex using a condom, but doesn’t tell their partner they’re positive.

I’m not saying it’s good manners to do that sort of thing. But in certain contexts — some gay male sex venues, for instance — safe sex between partners “assumed” to be positive or potentially positive is part of the culture. In fact, it’s one of the functionally safer parts of the sexual culture…as opposed to straight-up barebacking by people of status unknown or undisclosed. The 1997 law did not differentiate between those two; it tried to criminalize everything. It ran afoul of a law that was clearly heterocentrist in origin. But the law itself surely originated from homophobic intent.

What clearer sign does there need to be that a group of people are unqualified to make laws than that they’re unaware that their own state’s laws define the thing they’re trying to criminalize as something other than what their clearly homophobic law is trying to criminalize? How can someone expect to effectively serve as part of a reactionary cabal demolishing the populace’s civil rights if he’s naive enough to say, “Everybody knows what sexual intercourse is…To put it on paper is very difficult”?

In fact, putting it on paper is not difficult at all; if Florida’s lawmakers would like me to help them out, I’d be happy to send them some stuff I downloaded from Alt Sex Stories. Or they could just take a glance through those big heavy books the janitor keeps dusting three times a week…you know, law books?

Criminalizing all sex by undisclosed HIV positive people regardless of risk factor is insulting; it paints someone HIV-positive who has protected sex with the same brush as an HIV-positive serial rapist or child molester. And singling out cases of consensual same-sex exposure regardless of whether harm (i.e., transmission occurred) seems to me like a clear civil rights violation. It’s crappy lawmaking, crappy law enforcement, and crappy public health.

But saying with a straight face that “To put it on paper is very difficult” speaks of a pre-adolescent brand of sexuality. That kind of blushing, aw-shucks idiocy has no place in an institution playing it fast and loose with other peoples’ potential five-year trips to prison…and other peoples’ exposure to HIV.