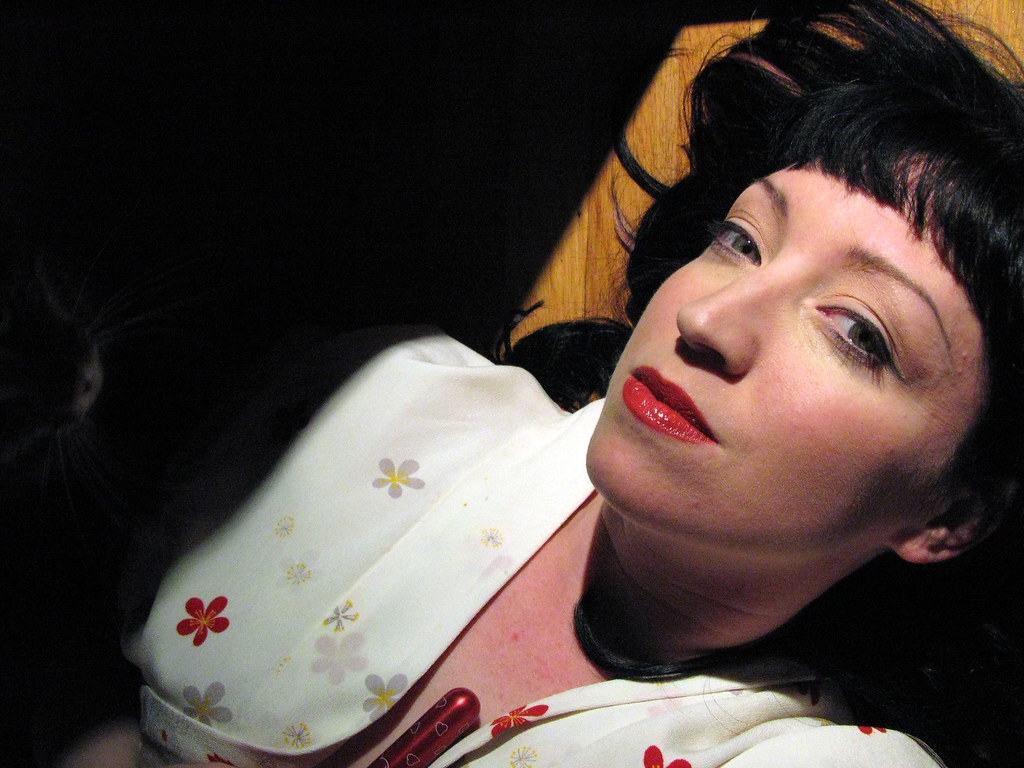 Good Vibes (my former employer) asked me to their warehouse a week ago to give me some toys they thought I might enjoy reviewing. I got some very funny video out of it, both there and when I got home, including a cameo or two by my very wary cat, Alex.

Side info mentioned in the video: Japanese vibrators are extremely high quality; they have the best, most reliable motors. Most sensation creams (like clit ‘tingling’ creams) have arginine in them, which causes flare-ups for people with herpes (so Good Vibes made their own with *no* arginine).

They gave me so much fun stuff I’ve only *begun* my adventures:

The Cone, the JimmyJane Little Chroma (love it), the Sidekick, Hand Cream, a Goldfrau, a Sprocket, a Rippler, Zing Pleasure Cream, a Blackberry Ring and Good Lubrications Warming Gel.

The Cone — omg, the pamphlet that comes with it is *hilarious*. In one image for suggested use, it’s a silhouette of a woman in high heels with the Cone pressed between her and a wall — as if she sat on the Cone, it got wedged in her hoo-hah, and she backed into the hallway like a cat trying to escape a — cone. Total party favor. So far I’ve only tried the Little Chroma, and it’s fantastic. Great for partnered sex, and an *excellent* clit vibe. But then again, JimmyJane has the lustiest, coolest vibes going these days; I did this Fleshbot post on their ultra designer line last week, with art by (Tank Girl and Gorillaz artist) Jamie Hewlett. So hot. Oh, and while I’m on the subject of new sex gear I like, while I was at GV I bought some Silk, a new lube, which I think I might like even better than Liquid Silk, even though the former seems to be riffing off the name. Regardless, they’re both great, top-shelf lubes.

The video is on this show page, and embedded after the jump.