Nana Nishikawa (25) and Serina Nagano (22) formed the pair, nicknamed “Reiwa Cat’s Eye” after the current era and 1980s manga by Tsukasa Hojo about female thieves. The gang was pursued by Shinjuku police, who had their images from security camera footage in the area.

That’s Nishikawa on the left below.

They targeted the homes of male hosts, stealing millions of yen at a time. Following their apprehension, it has now come to light that Nishikawa previously appeared in adult video.

This kind of things cuts both ways: male authority figures may also have their own secrets.

We haven’t seen the actual AV in question, so can’t confirm if our hardworking pedagogue was able to keep his juices in check for ten minutes.

The ranks of uncredited “amateurs” that appear in AV are filled by all sorts of types. One of the most chilling examples was the stalker who stabbed a music idol — he once appeared in an AV with top star Yui Hatano.

So take a good, hard look at your boss. Does he have something extra on his résumé that he wants hidden?

Those authority figures may have much more colorful pasts than you realize.

We won’t write her real name here because we don’t want to get sued. But netizens have tracked the story down, and also the repercussions when it first leaked after the story got out shortly before the AV was released. An attempt was then apparently made to stop Siro Hame from releasing the video, to no avail. The producers simply exploited the scandal by marketing the release as a must-see because it might be taken down at any time.

Ayaka ended up getting married and changing her surname, hoping to avoid some of the scandal.

It is not the first time we have seen a case like this.

Such “shiroto” adult video releases are, of course, professional but they are filmed in such a way that they look like a woman is being picked up off the street. Performers are often inexperienced or first-timers.

Given the pedigree of Yua Mikami (formerly Momona Kito) and various others, Marie Watanabe would hardly be the first AKB or related music group idol to work in adult video. She actually joins a long and growing list.

You might be forgiven for forgetting who Marie Watanabe is, given that she is tied with Aya Ishibe for having made the fewest theater performances of any AKB member. She did only two, both of which for Team B’s 2nd Stage. She graduated way back in 2007, which is a lifetime in AKB terms.

So the 27-year-old is unlikely to tarnish the current reputation of Akihabara’s supergroup with her post-AKB career choices, but it’s still another embarrassment and a further sign that the idol music world and other, less savory ones are closer than some like to admit.

Officially Watanabe is now a “reader model” affiliated with Dokumo Cafe, having worked for the likes of CanCam, non-no, and other magazines.

It’s a fantasy that’s also a cliche — except that is, sometimes, a spark of truth in it.

Japanese AV is built upon the hard work not only of the top performers, whose numbers are too many to start counting. There are also thousands upon thousands of uncredited “amateur” performers — women who also work as call girls and hookers, hostesses or just regular jobs. They provide the fodder for those crazy AV titles that feature dozens of women in massive gang bangs (one example here) or those amateur-themed AV, where a lucky guy is shown seducing apparently random women on the street.

In this age of beady-eyed web users with arguably too much time on their hands, it’s always possible that someone will find you out. Someone will spot your Instagram account and recall that AV they watched the other day.

And that’s what has seemingly happened to a young lady in this cautionary tale of over-exposure online.

This Japanese woman works by day as a nurse in Osaka and, judging by what she shared on social media, seemed to have a carefree life spent having fun with her friends.

She has since very sensibly deleted her Instagram account and we will not write her actual name to protect what little privacy she has left (it’s not difficult to find if you search).

"I want to redefine what it means to be young, black, wild, and free in America." —#JanelleMonae for @GQMagazine pic.twitter.com/NE6yGORgLB

After my instagram appeared at the Daily Mail without my consent, my account has been permanentely deactivated. Thank you @siofrabrennan 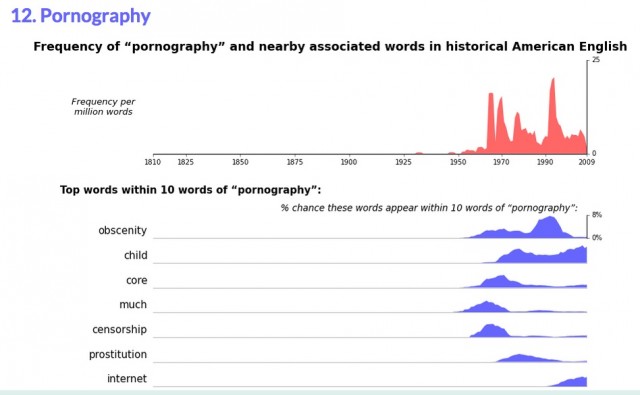 Learn all about writing and selling erotica from a seasoned pro, Rachel Kramer Bussel: https://t.co/nr76piJROG @raquelita

Thank you to our sponsor and friends, Pink Label TV.